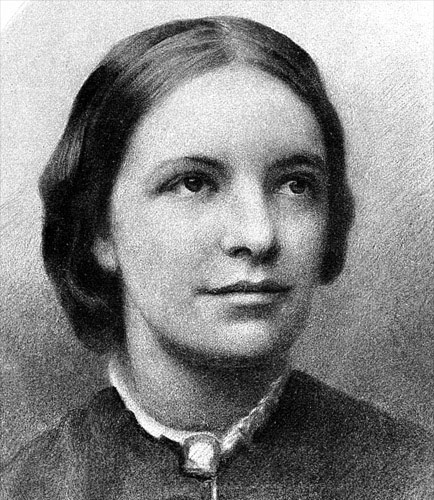 Octavia Hill was a remarkable individual who amongst her many achievements pioneered the development and management of social housing (1864) and still  provides inspiration for social housing executives throughout the UK and internationally.   She founded the first independent battalion of the Army Cadets (1889) and co-founded the National Trust (1895).  Her pioneering work in social housing, open spaces, volunteering and community development work helped to form the foundation for much of  today's social  welfare system.  This community based project  had the core objective to improve the main pedestrian entrance into Dundarave Estate by creating a welcoming open space for residents walking to and from their homes,  and for visitors  to  the  'Alphabet Angel'  sculpture with a  'rest point'  along the way.  Completed in the 'Year of the Women' the artwork pays tribute to a female whose legacy still touches the lives of millions of people on a daily basis.

The following artworks were created by those who participated in the workshops.

Octavia Hill was a pioneer in social reform, from the age of 14 she embarked on what was to become her life long passion.  One of her first role was in the day to day running of a social economic project with young girls who made hand crafted products, the proceeds of sales gave these young girls a weekly allowance which would then go back to their families and help alleviate the hardships of extreme poverty.  From this she went on to influence and involved many leading figures of her time in her campaign to improve the lives of people who were disadvantaged. She was a unique, creative and spiritual women who genuinely committed her life to the betterment of communities and society.

Some of her achievements include: -  Pioneered and developed, concept and practical application of what we know today as social housing.  She created a system of housing  for people who found themselves disadvantaged in society and living in dreadful conditions.  A model which the modern day Housing Executive grew from and who pay tribute too Octavia Hill as one of the guiding lights in social housing practices.

After discovering, through community work with young boys that they lost interest in ‘make belief’ during their teens, she recruited active military personnel to run activities with them.  This was so successful in bringing these young boys together and developing their confidence and ambitions  that it led to the formation of the first independent battalion of the ‘Cadets’ which today honour her as their founder.

She developed the concept of public 'open spaces' through  public gardens and parkland  for everyone to enjoy.  Her believe in natural  'open spaces' contributing to the spiritual and emotional welfare of people led her to become a co-founder of the National Trust which has grown into one of our largest conservation charities and was founded on her ethos.

Through her concept and practical application of volunteering she developed home care visiting which helped to form the basis for  today's social care practices.  She developed the provision of the Arts,  Education,  Libraries and Recreational Activities as well as community halls for them, including the first children's playground  as part  social housing.   Other work included social economic programs for the betterment of disadvantaged communities.

If today, you live in a Housing Executive home or enjoy spending time in 'free to access' open spaces, or have a relative who receives home visiting or a family member who attends or was in the  Army Cadets, then you will start to see how much the legacy of this remarkable women still touches our lives.