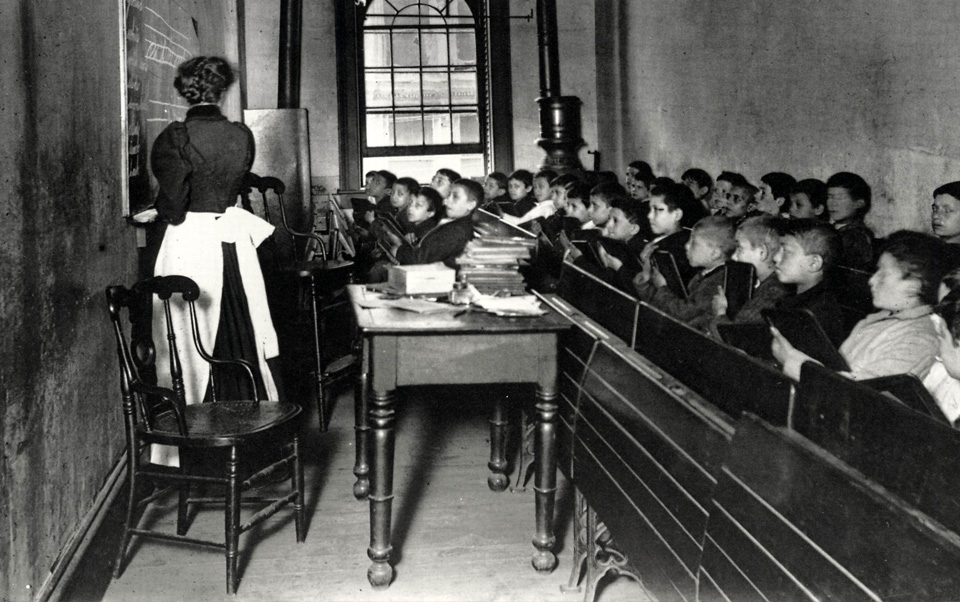 A Board of Education was set up to develop and administrate the new system. The government subsequently gave grants which paid for most of the building costs as well as the salaries of the teachers. Each school was administered jointly by the government, a patron body,  and local representatives. The development of education at this school and in Bushmills was generously supported by the Macnaghten family of Dundarave Estate.

This move towards a structured system of education came about when Earl Stanley, chief secretary for Ireland, in a letter to the Duke of Leinster, outlined the new governments supported system of primary education (this letter remains today the legal basis of the system). The two legal pillars of the national school system were to be: (i) children of all religious denominations to be taught together in the same school, with (ii) separate religious instruction.

The new system which was initially well supported by the religious denominations, quickly lost support of the churches. however, the general public showed greater enthusiasm and flocked to attend these new schools.

The school served the community for nearly a century before being replaced by a much needed larger school in the 1950s. The Old National School House then became home to the British Legion and the name changed to the Legion Hall. The Royal British Legion was formed on 15 May 1921 and brought together four national organisations of ex-service men that had established themselves after the Great War of 1914-1918.

The derelict listed building was purchased by the Bushmills Trust, a voluntary community organisation who plan to bring it back to its former glory and create a public space and heritage building with information and access to the general public.