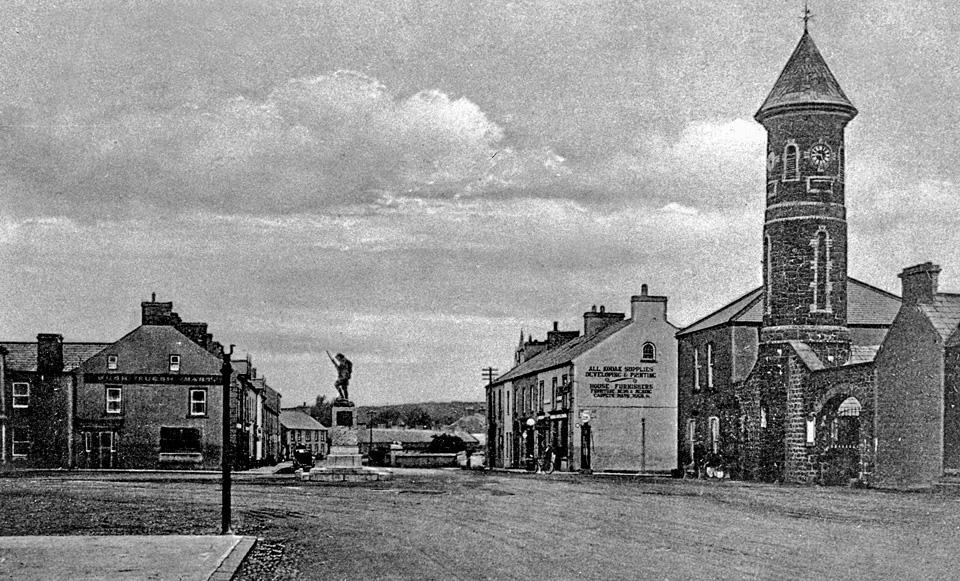 A market was established in Bushmills in 1827 as part of the Macnaghten  improvements to the town. The basalt square which you can see in the photo was built circa1840 by William Henry Macnaghten. It was designed to be the focal trading point of the new town.  The substantial Market Square had two gates facing the street and covered areas in behind to protect goods like grain during wet market days. Grain, linen yarn, pork, poultry, eggs, milk, vegetables, butter and livestock were all available at the markets.  There were  two markets which took place here during the 1800s, a large market  every Tuesday and  a smaller one on a Friday. In 1833 a linen market opened but was not successful and subsequently closed.

The town also held  four annual fairs:  28th March, 28th June, 22nd October and 12th December. These were held out on the street in front of the square. A Hiring Fair also took place twice a year. Men, women and children would come to the twice yearly Hiring Fairs. Here they  line up and offer their services as labourers and domestic servants, many would find employment on local estates, farms and farm homes. 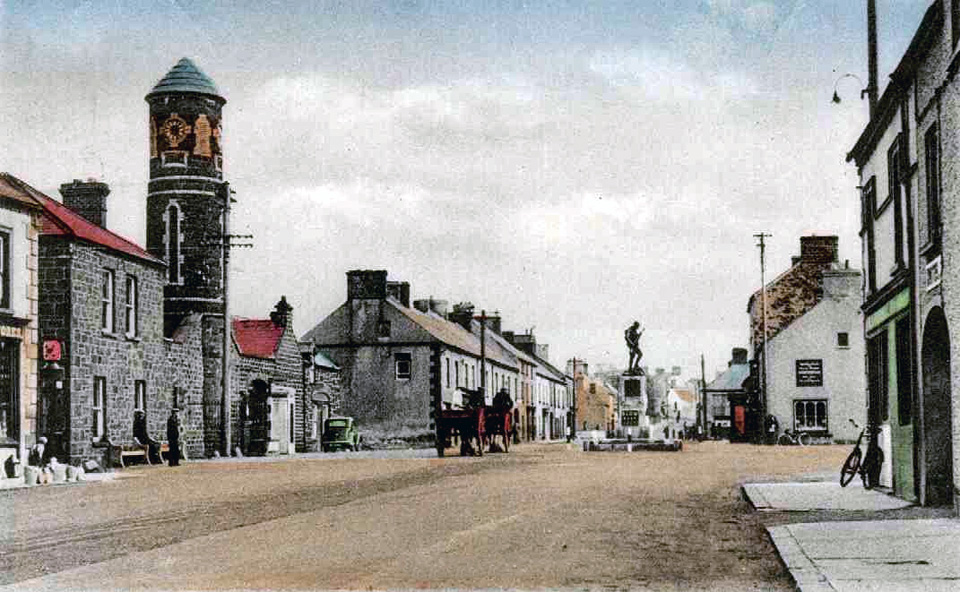 When the tram opened in 1883 the line ran down to the market square and facilitated the carriage of goods to the harbour at Portrush. Grain, butter and other goods would be shipped weekly to England and Scotland.  In order, perhaps, to give the town a bit of gravitas Francis Macnaghten erected the Clock Tower in 1874  on the edge of the Market Square.

It  was modelled on a classic Irish round tower which were common at  monastic sites. The tower was built by John Hall and today is one of the iconic Bushmills landmarks. An alcove which exists on the front of the tower  once contained a water trough for horses.  If you look closely at the two photographs you will see  the elegant conicle roof of the original tower was replaced with a more plain conicle..

Listen in to some conversations about the Market Square