The Old  Court House on Main Street with its distinctive columnar portico and dominant presence seldom fails to catch the attention of the passer-by.  It was built in 1834 by the Macnaghten family of Dundarave Estate to serve as a Petty Session Court and a symbol of authority in the area.  The building contained a court room and cells with apartments above for the police. It served as a Petty Session Court well into the first half of the 20th century when it became a private residence.

The old doorway has seen the almost endless passage of people  answering summonses, seeking justice or merely to witness the goings on within. Most cases heard here were local misdemeanour's.  More serious or ambiguous cases would have had a preliminary hearing here and then be passed on to the Crown Courts.

As a river crossing, Bushmills has always experienced a colourful mixture of people passing through it. Travellers, craftsmen, hawkers, tinkers, showmen and tramps, have all arrived in the village at one time or another. Some stayed and set up business, others begged a few coppers for a nights bed, and many others got hired for work and settled into the local population. 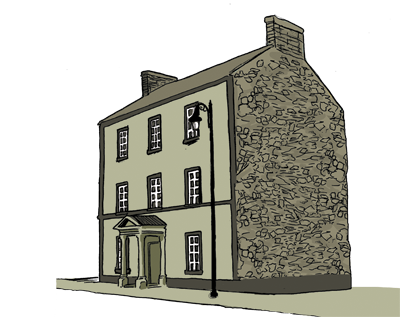 The range of crimes dealt with  in  the1800s echoed the poverty of the rural area and through the Bushmills Petty Session reports, we can take a glimpse beyond the cases and into the characters, places and colour that made up everyday life. Living conditions then were scant with dispossession and homelessness being commonplace. Crimes like begging, poaching, lifting fallen timber, or stealing a free-range chicken or bread were common.

One case of   ‘drunk in charge’ resulted from the defendant allowing his horse  to travel at three miles per hour, bearing all the responsibility for getting the ‘accused’ home.  Although considered serious at the time, today we can look back on many of these crimes with humour, though others reflect the hard life that many endured.

The last person to occupy the courthouse lived on the ground floor in the early 1960s. A local resident fondly remembers her image thus:    ‘I remember her standing at the front door in the gathering dusk, her slight figure silhouetted against the oil lamp in the hall behind. No doubt she often wondered what would become of the old place.’ 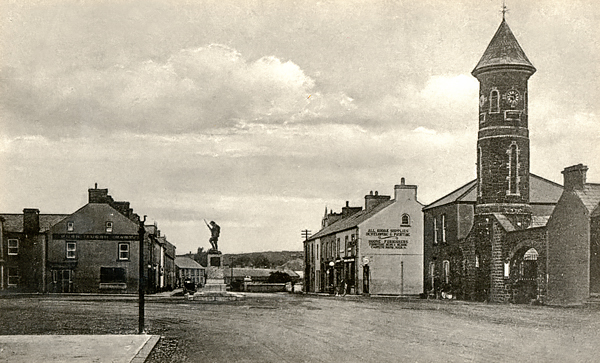 The Justice of the Peace presides  - listen to some of the goings on inside the Courthouse.

Create by Big Telly Company as part of a local community project.