Prior to the Giants Causeway Tramway opening in 1883, there had been several meetings held, engineer surveys and costing done were commissioned to evaluate the feasibility of constructing a railway line  from Portrush to Ballycastle. The intention was to link the harbour of Portrush and Ballycastle into the commercial coal, bauxite, iron, limestone, lignite and basalt industries which were at the time flourishing around the coast.  The ambitious proposal was shelved due to a lack of finance and doubts about the financial returns from such an investment. A narrow gauge railway was eventually built from Ballycastle to Ballymoney via Armoy and Dervock. 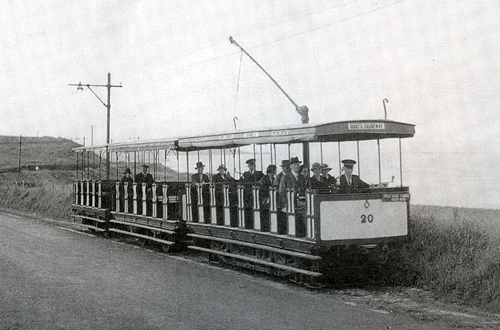 Colonel Traill who pioneered the idea of a tram from Portrush to Bushmills , lived at Ballylough House on the outskirts of Bushmills. He was visionary in his thinking and very much attuned to new technologies. Seeing the potential for the river and his work through  Seimens, he built a generating station at the Walkmill Falls (still there but minus the equipment) and installed water turbines to produce the necessary electrical power for the tram line. Sir Macnaghten of Dundarave was very opposed to the construction of the railway to the point that he diverted water from the river Bush above the Falls in an attempt to lessen the flow. However, the tramway opened in 1883 and was hailed as the world’s first commercially run 'hydro-electric' powered tram system. It ran over a distance of nine mile distance. 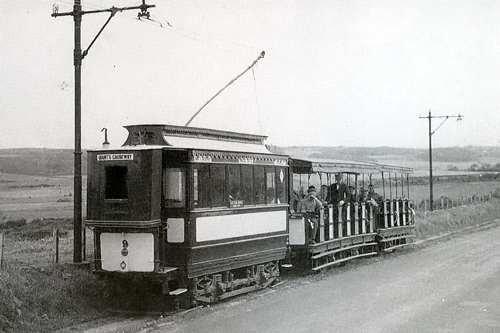 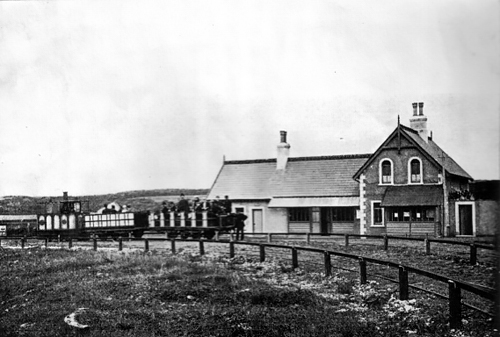 The initial electric cars were Midland Carriage and Wagons which were later followed by GEC and a Peckham car. Although hydro-electric power was used, most of the time two Wilkinson steam locomotives hauled the carriages between Portrush and Bushmills, the station was where the junction of the Portrush /Portballintrae Road is today. A short extension was brought down to the Market Square to facilitate transportation fo goods and produce from the twice weekly market.

It originally ran from Portrush to Bushmills until 1898 when a new extention was opend from Bushmills to the Giant's Causeway. It is along this section that the current  railway operates. The live rail which ran alongside the track butr was deemed a hazard and replaced with overhead electric wire. The tramway ran for 65 years before finally closing down in 1949. 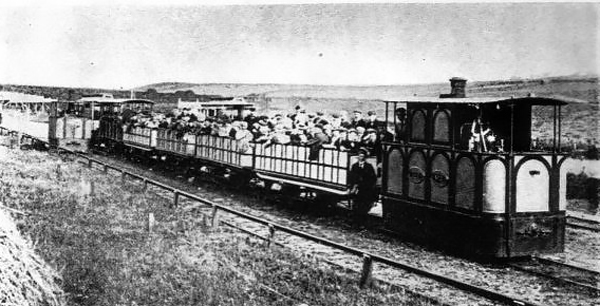 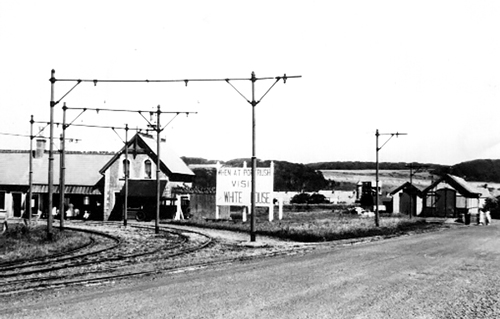 Part of the old Causeway Tramway line was reimstated and opened  in Spring 2002, The locomotives and rolling stock which operate on the track were once used at Shane's Castle and include a Peckett 0-4-0 WT 'Tyrone' built in 1904 for the British Aluminium Company, Larne, a Barclay 0-4-0WT 'Shane' built in 1949 for Bord na Mona (incidentally the same year that the old tramway closed) and a Simplex 'T' class diesel locomotive (Rory).  An interesting fact - 'Shane' was one of three locomotives built by Andrew Barclay of Kilmarnock for use on the peat bog rail by Bord na Mona at Clonast, specifically designed to burn peat.