The street banners you see in the village have their origins fourteen years ago and followed on  from a very successful community based project which resulted in the bronze sculpture known as the ' Alphabet Angel ' ,  the world's first physical marker to the local  tongue known locally as Scots-Irish or Ulster-Scots.    The first banner project explored the local tongue and its connected heritage which at the time, and despite being widely spoken locally, there was very little awareness to its origins, significance and importance.  From these first banners we progressed over the years in content from local tongue to  famous people, inventors and stars who recognise and trace their ancestral roots to these shores.

Three years ago, we engaged with the local Orange Order to display all the local lodge banners with an overview of each of their histories along with the history of the Orange Order. These were expanded to include  key figures involved in the conflict that took place in Ireland between William III and James II including the wider European dimension. We agreed these banners would go up each year around the 12th of July for a period of two weeks and we continue to honour that.

The banner project continues to evolve and provide visitors with an informative  as well as an interesting and  attractive display. Our recent street survey confirmed how much they are  appreciated   All the work around the banners including the designs, content development and ongoing maintenance is undertaken on a voluntary basis. Funding and donations are only sought for printing costs. 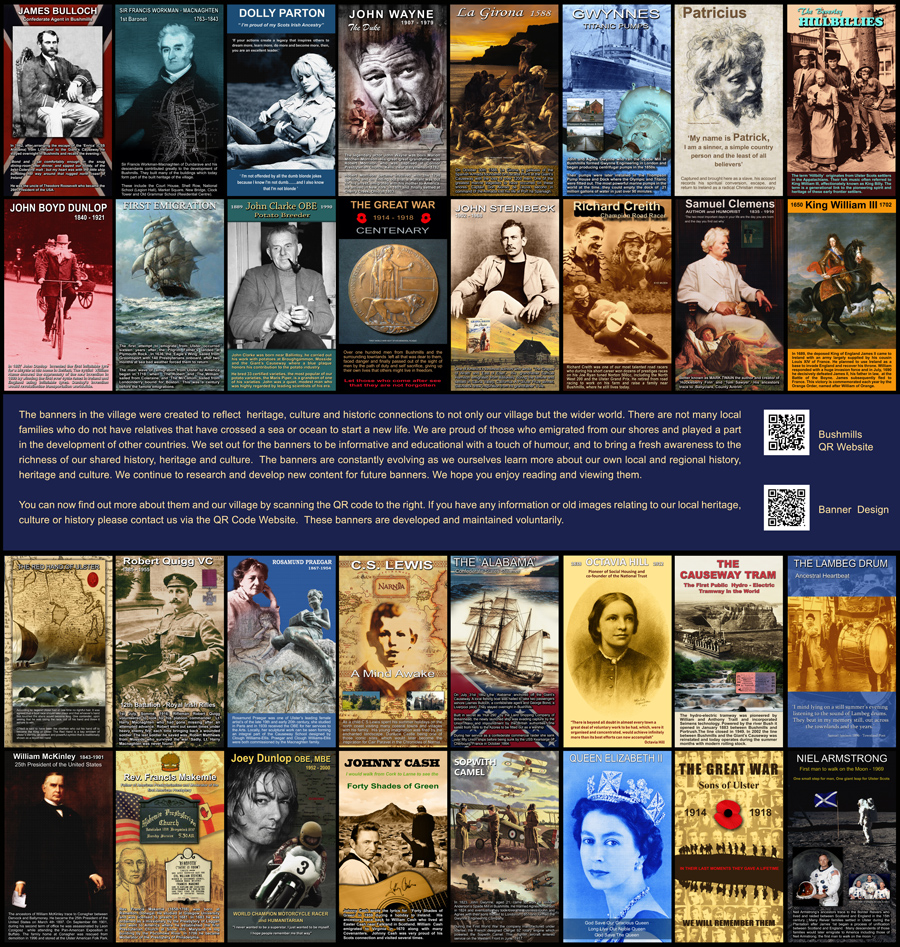